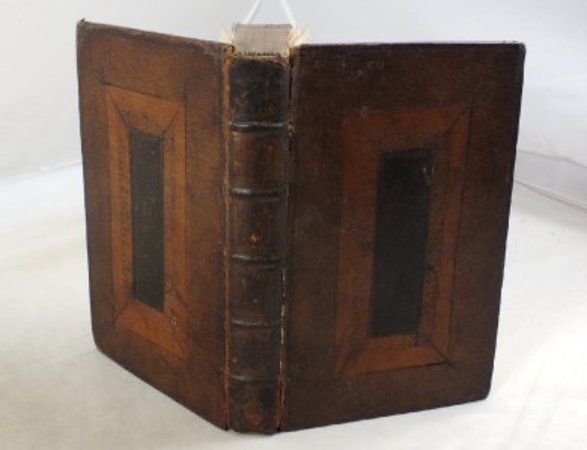 A Confutation of Quakerism; Or a Plain Proof of the Falshood of what the Principal Quaker Writers (especially Mr. R. Barclay in his Apology and Other Works) do Teach. concerning the necessity of immediate revelation in order to a saving Christian faith; the Being, Nature and Operation of the Pretended Universal Light within; its Striving with Men, moving them to Prayer, and calling them to the Ministry; Regeneration, Sanctification, Justification, Salvation and Union with God; the Nature of a Church; the Rule of Faith; Water-Baptism; and the Lord's-Supper. Diverse Questions also concerning Perfection, Christ's Satisfaction, the Judge of Controversies, &c. are briefly stated and resolved.

Cambridge: Printed at the University Press for Edmund Jeffery: 1709. Bound in a period full panelled calf, five raised bands to spine. Complete. Bennet, Thomas (1673–1728), Church of England clergyman and religious controversialist. He had prominent Whig principles, and these led to his early preferment under George. He wrote confutations, attacking Popery as well as Quakerism, and other dissenting groups. He also wrote attacking Non-Jurors. His later work and particularly his "Hebrew Grammar" did much to enhance his reputation. (See ODNB). collation: [viii +] 318 [+ 4+ 3] pp. ; page 127 is misnumbered as 129; final three pages are a catalogue of books printed for Edmund Jeffrey.

Condition: The binding is holding firmly and is in good condition, with just some light wear to surface / extremities from handling, upper hinge cracked, corners bumped and worn. The leather work has polished up nicely though. The contents are holding firmly and are generally in good condition though toned, with some light scattered foxing, creasing or dust marking. Modern bookplate. Period plain end papers, browned. Armorial bookplate of W. Wynne