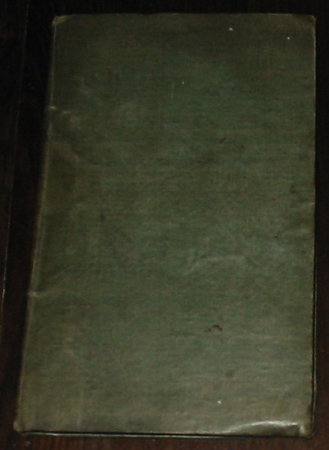 An Explanation of the Prayers and Ceremonies of the Holy Sacrifice of The Mass; In Familiar Discourses Addressed to a Congregation. Fourth Edition Revised and Corrected

London: William Eusebius Andrews, 1835. Original olive green buckram. No titles externally. The buckram is a little darkened and has slight bumping, but no chips or tears. Internally clean and tidy with a little foxing to the pages only. The front end paper has been neatly removed, so the books begins with the title page. Owner's name and initials to the inside front board. Edward Benedictus Glover. OSB. The Tablet, in 1885 described a later reprint of this work (through the Derby Reprints), as a "well-known and ever to be prized work". William Eusebius Andrews (1773-1837) was a Roman Catholic publisher and editor of Catholic papers.
COPAC cites this work as 1835, and a substantially the same as the 2nd ed. of 1825. 1-138. [ii] pp.