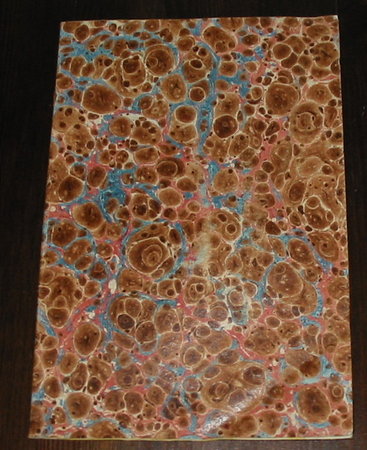 Rome: Accademia di Religione Cattolica: 1830. Soft marbled wrapper. A prospectus for Academy of Catholic religion -including lists of those honorary censors and a list of the topics to be covered at the academy in the next year. Included in the list are Cardinal Wiseman and Cardinal Thomas Weld. This was one of the Papal academies at Rome. The academy was an association of learned men, rather than an academic institution (hence the long list of Cardinals involved!). This academy was founded in 1801 with the aim of defending the dogma and moral teaching of the Church. Monthly meetings allowed for themed discussions. The academy still exists and is located in the palace of the Cancelleria Apostolica. 16 pp.

Condition: Excellent condition. The wrapper is clean and bright. A nice piece of marbling! Internally clean and tidy throughout with just a very slight creasing.