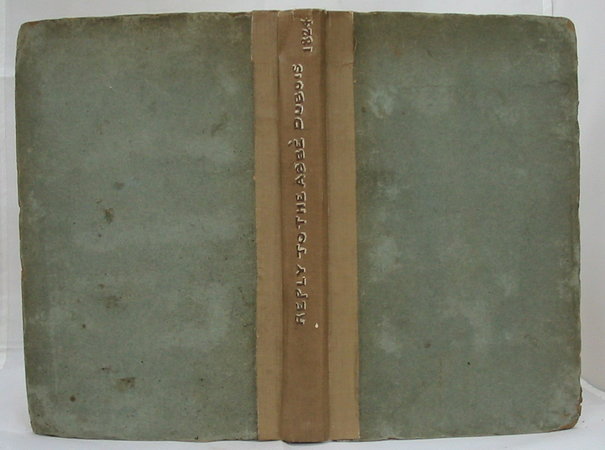 < >
a treatise on the conversion of Hindus, and on the failure of the Catholic Church to do the same.
HOUGH, Rev. James

A Reply to the Letters of the Abbe Dubois on the State of Christianity in India.

London: L. B. Seeley & Son, 1824. Original paper covered cloth boards with cloth spine. Title neatly painted (at a later date it seems) in two colours to the spine. Bookplate to the inside board showing that the book was gifted to the Society for the Propagation of the Gospel in Foreign Parts in 1867. A second stamp to the front end paper from the SPGFP. No other marks. The book is presented in six sections. 1) on the possibility of converting Hindus (Hindoos). 2) The nature and failure of Catholic efforts 3) the nature of Protestant efforts. 4) The success of Protestant efforts. 5) the present state of the Syrian church in Travancore and 6) the duty and policy of promoting Christianity in India. iv, 322. pp

Condition: A clean and tidy copy of this first edition. A touch of darkening to the boards with a little rubbing to the edges. Internally clean and tidy throughout, with just a little darkening. No significant marks beyond the end papers. A nice copy.