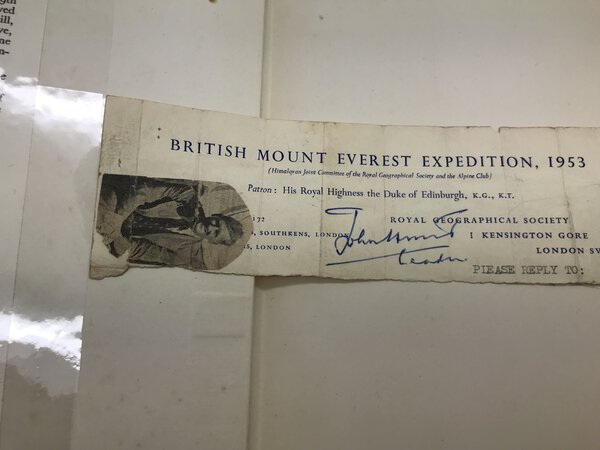 The Ascent of Everest

London: Hodder & Stoughton, 1953. First Edition, first printing. Original blue cloth with pale blue unclipped dust jacket. Loosely inserted in the front is the top of a sheet of headed paper from the Royal Geographical Society with the heading: British Mount Everest Expedition, 1953 - which has been signed by John Hunt. Contains fascinating photographic plates throughout - eight of which are in colour, also three maps and several other illustrations in-text. The wrapper is clean and bright, but has a little darkening, mostly to the spine. The head and tail of the spine are lightly rubbed. The book itself is clean and bright throughout. John Hunt was the 1953 British Everest expedition team leader. He died in 1998 aged 88. 299 pages. .