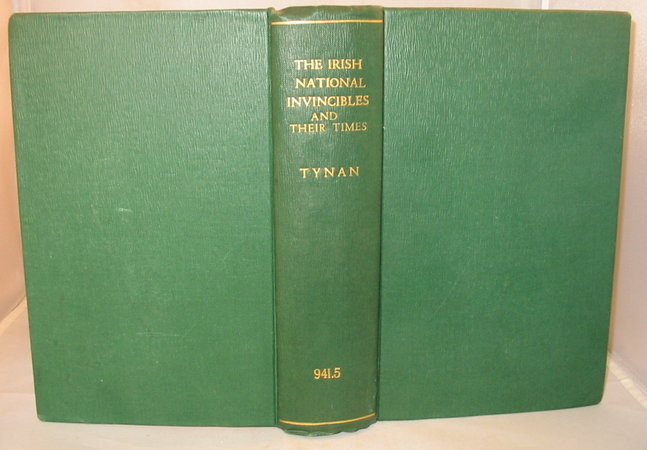 The Irish National Invincibles and their Times

London: Chatham & Co: 1894. Ex library copy. English Edition. (The English and American editions were markedly different - In America, this was issued as a revolutionary document "Three decades of Struggle against the Foreign Conspiracy in Dublin Castle" In England, the book was a curtailed and somewhat toned down work). Green library buckram with gilt titles and library end papers. This copy has been bound without the frontis illustration of Tynan (although it does contain the other 7 engravings of Irish political figures. 22cm x 14cm Tynan was in charge of the "active work" of the Invincibles during the 1860's and was the leading character during the Phoenix Park episode. xxxii, 1-591 pp.

Condition: Overall, a perfectly useful copy of this first edition. The buckram is clean and tidy. The text itself has the enevitable marks and stamps of library issue. It is somewhat darkened, and has a few marks to it.