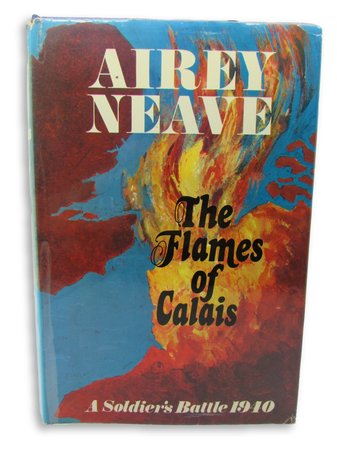 The Flames of Calais. A Soldier's Battle 1940

During World War II, Neave was the first British officer to successfully escape from the German prisoner-of-war camp at Colditz Castle. For his wartime service, in 1948 the United States conferred the Bronze Star Medal upon him.

Condition: Dust Jacket is unclipped, and in a good condition. Some fading to the spine of the dust jacket, and lightly rubbed corners. Internally the book is very clean and tidy.