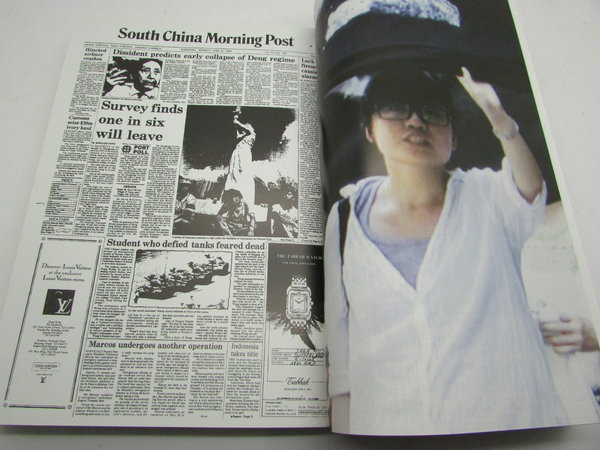 Amsterdam: Fw: Books, 2015. First edition. Unpaginated. 235 x 165 mm (9¼ x 6½ inches). Colour photography throughout. 'Nationalfeiertag', is a book about one of the biggest, and most monitored squares in the world: Tiananmen Square in Beijing. In April and May of 1989 student protests took place and there was a massacre on June 4th. Officials and police attempted to control the images taken, but Katja Stuke filmed a few hours of material at the time and on the Chinese National Holiday in October. From this footage she extracted hundreds of portraits. The book combines these portraits with newspaper clippings which are collected and spread by the June 4th Museum in Hong Kong to keep the memory of the protests of 1989 alive.