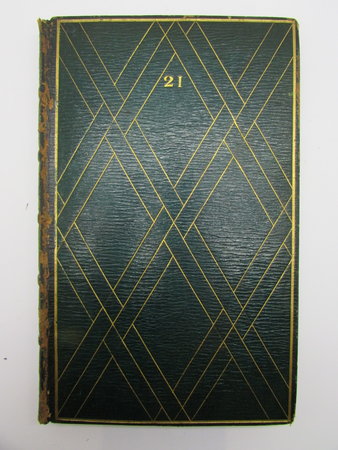 Memoirs of the Lives and Characters of the Right Honourable George Baillie of Jerviswood and of Lady Grisell Baillie, by their Daughter

Edinburgh: Self Published, 1822. Full dark green Morocco with gilt pattern to the boards and spine. Shelf mark (presumably) in gilt to the front cover. Some rubbing to the spine edges, but overall in attractive condition. Bookplate of Mary Catherine Asburnham to the front paste down. Signature of J. A. Murray to the verso of the second ffep. The rest of the book is clean and bright. xiv, 170 pp. 220 by 135mm (8¾ by 5¼ inches). George Baillie (1664-1738) was a Scottish politician who sat in the Scottish parliament until 1707 then the British Commons until 1734. His wife Griselle, was a singer and songwriter. Their daughter (also Griselle b 1692) married British army officer Sir Alexander Murray of Stanhope

Lady Mary Catherine Ashburnham (1890-1953) was the last in the line of the Baronage and Earldom of Ashburnham, whose seat (Ashburnham Place) pictured in the bookplate, is now part of Westminster School.