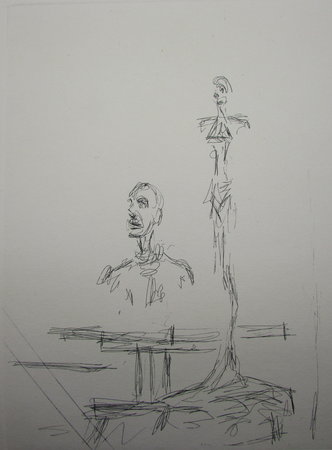 Giacometti was one of the most important sculptors of the 20th century. He was also a painter, draftsman and printmaker. His work was particularly influenced by artistic styles such as Cubism and Surrealism. His later work on figurative and monochromatic paintings do not refer to any other artistic styles of modernity.

Condition: Artwork is in a very good condition. Blank to verso.