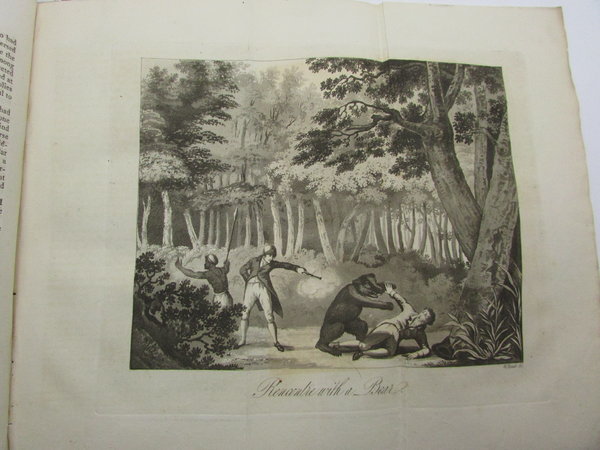 Travels on Foot Through the Island of Ceylon

London: Sir Richard Phillips and Co, 1821. First edition in English. Translated from Dutch. In paper covers. Early account of Ceylon, shortly after the British took it over. Haafner had been a prisoner of war in Madras, before he escaped to Sri Lanka. Illustrated with 3 wonderful engraved plates - including two fold-outs. 118 pp. 230 x 145 mm (9 x 5¾ inches).

Condition: Covers are worn and nicked. Complete. One gather is detached, but present. Some foxing.