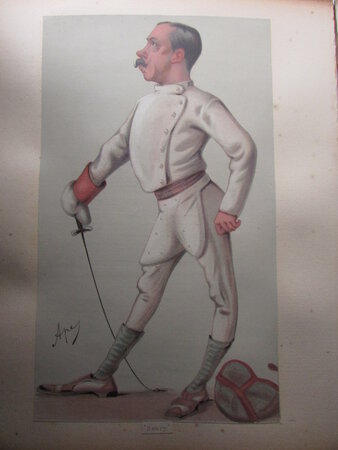 An album of 44 lithographs and biographies

Condition: The outside of the album is in good clean condition. Inside, there is darkening and old foxing to the end papers, and the pages are darkened and a little brittle to the stiff art card, but the text and lithographs are in very good condition.