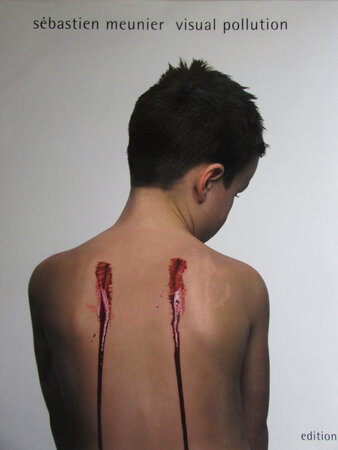 Göttingen: Steidl GmbH & Co. OHG, 2010. Scarce first edition. In its original photographic dust jacket. Collection of photographs by the very talented Sébastien Meunier, who tragically died in 2002. 192 pages. 330 x 240 mm (13 x 9½ inches). Quote from the publisher's website: Sébastien Meunier's photographs plunge the viewer into a disturbing world. Against a backdrop of life and death, he invokes a bizarre cast of characters, animals, objects and symbols to create an emotional mis-en-scene akin to the scenes of a film which becomes engraved on our unconscious. His obsessions are also revealed in the outstanding precision of his work, each photograph evidencing meticulous technical skill. This book reveals the vivid universe Sébastien Meunier has left behind.

Condition: In a very good to near fine condition.