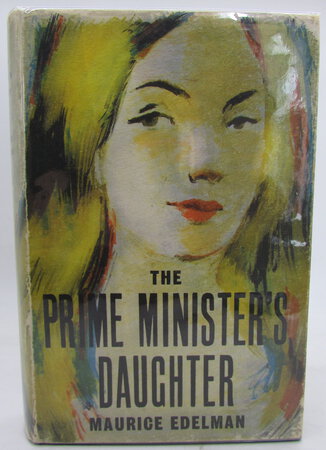 London: Hamish Hamilton, 1964. First edition. In its original colour illustrated dust jacket. Signed dedication by the author to the front end paper, dated 1964. This novel continues the story of a fictional British politician and his rise to power. Melville is now Prime Minister, but life still holds some surprises for him. 264 pages. 190 x 130 mm (7½ x 5 inches). After time spent working as a journalist during World War II, Maurice Edelman was elected to Parliament in 1945 as a Labour candidate for Coventry West. During his time in Parliament he was a vice-chairman of the British Council and chairman of the Franco-British Parliamentary Relations Committee.

Condition: Dust jacket has some light rubbing to extremities. Book itself and internal pages are in a very good condition, with no foxing.