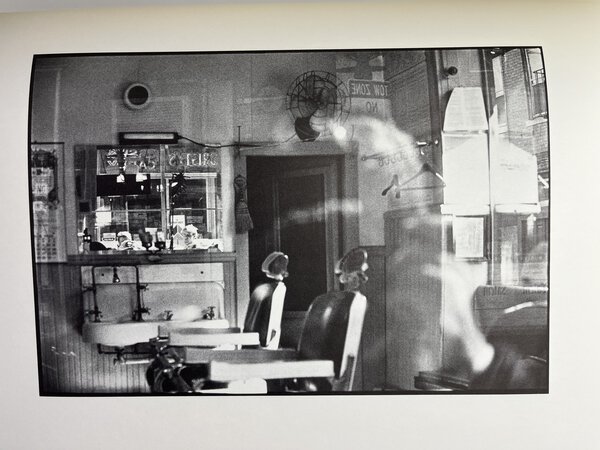 Photos In And Out City Limits: Boston

West Islip, New York: ULAE Inc, 1981. First Edition. White slipcase containing large white softback with silver titles and facsimile signature. Both in good condition, with some handling to the slipcase and age toned spine. With 45 well produced black and white photographs, mainly Boston street scenes (street details and imagery). The first of a planned series on American cities. In fact Rauschenberg only got to New York and Boston. (We also have the New York photo-book available if you are interested in the pair).
Publisher's initials stand for 'Universal Limited Art Editions' 45 numbered photographs. Nicely reproduced. "The photos make no attempt to totally document, moralize or editorialize the specific locations. They are a collection of selected provocative facts (at least to me) that are the results of my happening to be there." (Rauschenberg in the preface). 330 x 255 mm (13 x 10 inches).