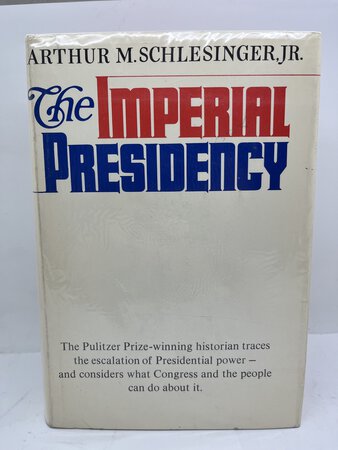 Boston: Houghton Mifflin Company, 1975. Very nice copy of thir first edition with a warm gift inscription from the author to the politician and journalist Woodrow Wyatt. Clean, slightly darkened dust wrapper, now protected with a mylar cover. Clean, slightly rubbed grey boards. Internally clean and tidy. Inscription in red ink to the front end paper, and Wyatt's bookplate to the inside front board. X, 505 pages. 235 by 160mm (9¼ by 6¼ inches).

Wyatt was initially a Labour politician and MP from 1945-1970 Afterwards he became a broadcaster and journalist. Over time he moved away from the Labour party, and on becoming friends with Margaret Thatcher, moved significantly to the right. His memoirs were described as "Mischievously indiscreet diaries" (Andrew Neill).