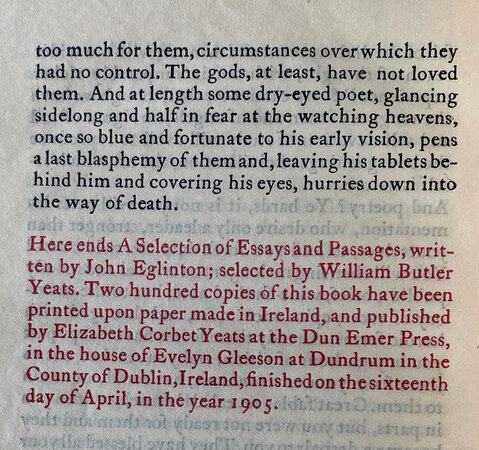 Some essays and passages by John Eglinton; Selected by William Butler Yeats

Elizabeth Corbet Yeats was the sister of W.B. Yeats. She was a founder of Dundrum Press. The press published 11 books. She worked alongside Evelyn Gleeson, an English embroiderer. Relations were strained, and the press ended in 1908. Elizabeth (known as Lolly) went on to found Cuala Press with W.B. Gleeson continued Dun Emer after the split, and after her death it continued until 1964.