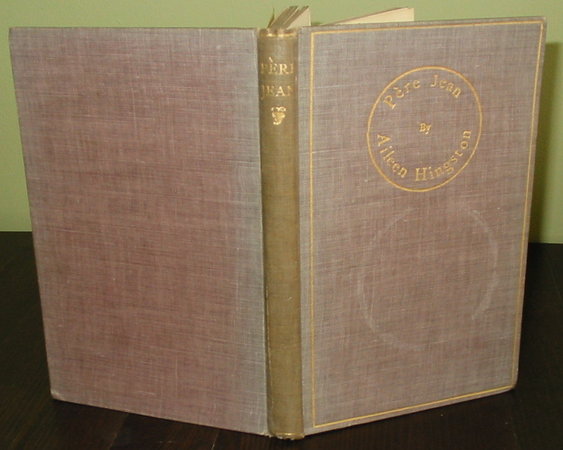 Pere Jean and other Stories

London: Burns and Oates, 1910. First edition. Hardback. Pale brown cloth covers with gilt titles. Book plate of Syon Abbey to the inside front board. Three black and white illustrated plates. Rough cut page edges. There is a touch of fading to the cloth and a very pale cup ring to the front board. Slight bowing to the boards only. Internally clean and tidy throughout, with very slight foxing to the end papers. [vi], 78 pp. + plates

There is an anonymous biographical memoir of Hingston at the beginning of the book, written in a rather florid, late Victorian style. It is recorded here that she died in a tragic boating accident in 1907. In fact, her death was the result of a suicide pact, agreed with her fiancee Shirley Davidson, the son of Sir Charles Peers Davidson, Chief Justice of the Quebec Supreme Court. He refused to allow the marriage, as Aileen was a Roman Catholic. Ironically, in 1912, another son, Thornton Davidson - Shirley's older brother, was to die on the Titanic.