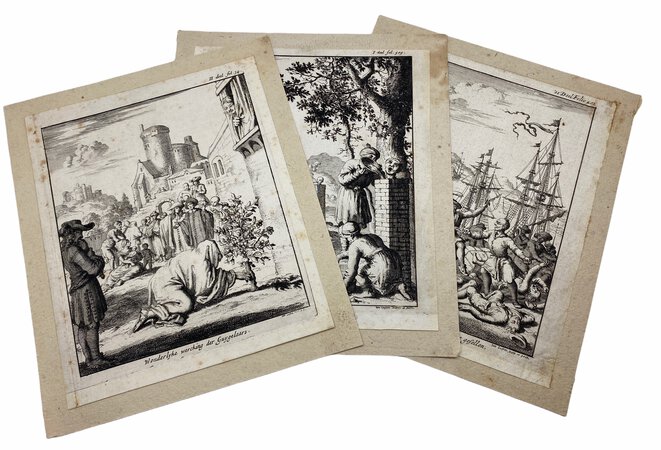 Amsterdam: for the widow of Joannes van Someren, 1682. Four engraved plates which were used to illustrate Tavernier's Les Six Voyages. Each is loosely attached to a paper backing sheet. Slight darkening and with foxing, but overall are in good condition. The plates include a wizard bringing a small tree to life; a frantic fakir stabbing 13 Dutch sailors to death; a King waiting with bow and arrow, ready to kill a tied up Englishman; and an unlabeled plate, which shows thieves being bricked up in punishment; although strangely, one has been given his pipe to smoke! 170 x 140 mm (6¾ x 5½ inches).