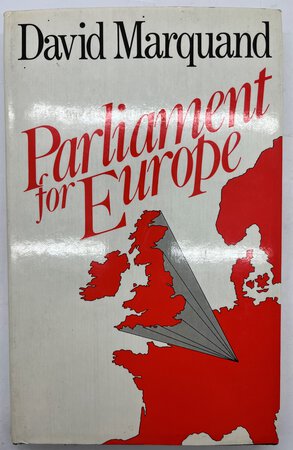 Jonathan Cape Ltd, 1979. First edition hardback in original unclipped dust jacket. David Marquand is an academic and former Member of Parliament. Marquand resigned his seat to work as Chief Advisor (1977 to 1978) to his mentor Roy Jenkins who had been appointed President of the European Commission. This is one of several books of this type that were published in the late 1970s on direct elections and the European Parliament. Adopting a pro-community position, Marquand picks up on a number of themes, and, in a highly readable, talkative manner, gives his point of view on accepted myths concerning the Community and direct elections. Both dust jacket and book are in a very good condition. 147 pages (including index). 225 x 140 mm (8¾ x 5½ inches).