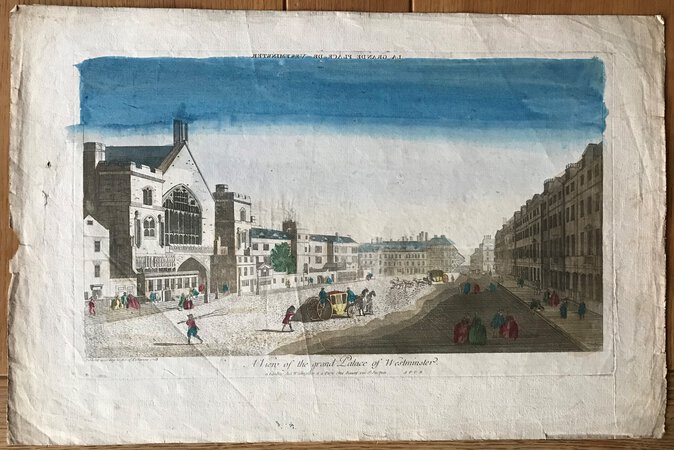 Londres / Paris: Wichnyther / Basset, 1766. Copper engraving, beautifully hand coloured. Originally designed to be viewed through a zograscope. Title in both English and French. 23 x 41 cm (image); Bottom left reads: Published according to Act of Parliament 1766. Sheet size: 340 x 515 mm (13½ x 20¼ inches). A zograscope is an optical device for magnifying flat images, as the shape of the lens enhanced the sense of the depth shown in the picture. The precursor to 3D images! These were very fashionable in the late 18th century.

Condition: In very good condition, with a very small loss to left edge, and some minor soiling. Blank to verso.